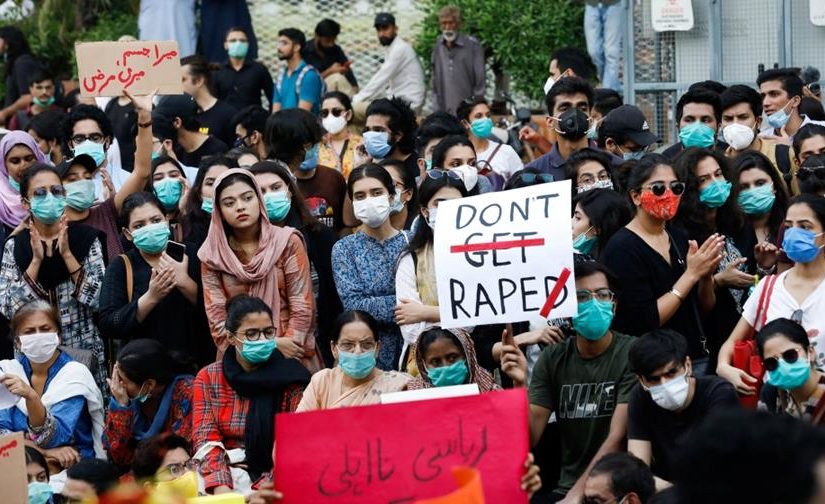 The purpose of this special report is to understand rape culture and identify some of the root causes of rape culture in Pakistan. The report also points out ways you can tackle the mindset, societal norms, and systemic failures that contribute to rape culture.

A breakdown of what happened

The incident: Two robbers allegedly raped a woman at gunpoint on the motorway last week. She was travelling from Lahore to Gujranwala with her children. Her car ran out of fuel while she was crossing the toll plaza on the Lahore-Sialkot motorway. A relative in Gujranwala told her to call the police helpline, and was on his way to help. However, before the relative reached her, two armed men took her and her children to a nearby field at gunpoint and gang-raped her. The robbers also snatched her cash, jewellery and other valuables.

Where were the police? As for the helpline, police claim she hadn’t called by the time the armed men showed up. However, according to Al Jazeera, she phoned the police for help, but the two armed men took her and her children out of the vehicle before the police arrived.

Victim-blaming: Capital City Police Officer (CCPO) in Lahore, Muhammad Umar Sheikh, suggested that her own actions got her into trouble. He questioned why she left the house late at night, drove alone with her kids, didn’t check the petrol in her car, and didn’t take a route called GT road that is more populated. He also said the woman, who is a resident of France, thought she was in France and not Pakistan where society is different. Protesters are demanding CCPO Sheikh’s removal. Today, CCPO Sheikh reportedly apologized: “I did not mean anything wrong…if any misunderstanding was caused because of me, then I apologize.”

Our earlier newsletter that went out today sums up recent arrests, next steps, and protests against the gang rape.

What is rape culture?

An environment in which sexual violence is considered the norm and justified. Victims are blamed for their own assaults. Cultural norms and institutions protect rapists, promote impunity, shame victims, and demand that women bring it upon themselves to avoid sexual assault. Rape culture is rooted in patriarchal beliefs (i.e. the dominance of men, and the devaluation of women). Gender inequalities, discriminatory laws, and attitudes about gender and sexuality, fuel rape culture.

Take a stand against rape culture in Pakistan

Change the mindset of society. Why is there a culture and system that produces men who rape women with impunity? What is taught in homes and schools? What is the value of a woman’s voice and consent? It is reportedly common for men to sit in a gathering where casual sexist jokes and objectifying comments about women are considered normal. This allows a toxic culture to develop, even if certain men don’t take part in these conversations, they shouldn’t let them happen.

Redefine masculinity. Don’t let the boys or men in your life perceive violence as “strong” and dominance as “male.”

Stop victim-blaming: When discussing a case of sexual violence against a woman, don’t bring up her sobriety, choice of clothing, or sexuality as the problem. Talk about how the perpetrator is responsible for her assault. Hold the perpetrator accountable. The cause of rape, is the rapist.

Don’t “make women smaller.” Keeping girls indoors and protected isn’t the solution. The root of the problem goes deeper, and risk aversion isn’t the only answer. It’s important to address systemic issues and institutional failures that allow rape culture to spread, rather than expect women to sacrifice their freedoms in order to stay safe.

Take an intersectional approach. Rape culture affects all of us, regardless of gender identity, sexuality, economic status, race, religion or age. One step towards tackling rape culture is removing restrictive definitions of gender and sexuality that discourage people from expressing themselves. For example, there are cases where LGBTQI individuals are subject to “corrective rape,” in which the perpetrator intends to force the victim to conform with sexual and gender stereotypes.

Improve law enforcement. Elected officials and law enforcement agencies need to implement laws that promote gender equality and protect women. There is currently a lack of law enforcement that protects women and girls from violent crimes like rape. However, public hangings of rapists won’t stop rape from happening either. Imran Ali, the man who raped and murdered the minor girl, Zainab, in Kasur, was hanged in October 2018. Capital punishment clearly didn’t deter future rapists.

Start police reforms. The police should make it easier and safer for women to report crimes. Create an atmosphere that is free of victim-blaming.

Donate to organizations that focus on rape and violence in Pakistan

Aurat Foundation: An organization working for women’s empowerment. The organization deals with a wide range of issues, such as ending violence against women and girls.

Bedari: An organization that works to protect and promote the rights of women and girls. Bedari focuses on violence against women and education for women.

Women in Struggle for Empowerment (WISE): A women-led organization that conducts seminars to raise awareness about sexual harassment in the workplace. Through its Survivor Support Unit (SSU), WISE also helps women who have survived torture, sexual harassment, and sexual assault by connecting them with legal services, counseling, and psycho-social therapy. 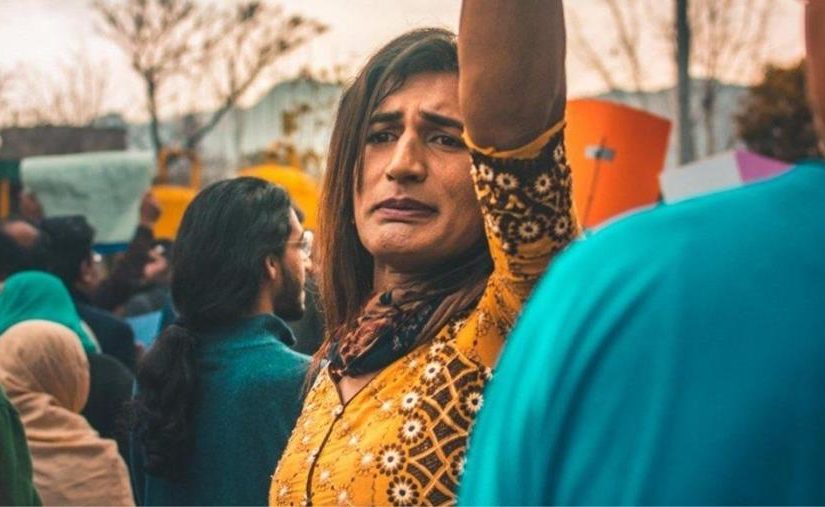 News about the arrest of Pakistani trans activist, Julie, has been making rounds on the internet. Because of the online Naked Truth series, Julie became a viral, household name earlier this year. She had been vocal about the plight of the country’s trans community, receiving both support and criticism as a result. In particular, her arrest was allegedly based on a fabricated case. Because of a lack of attention from mainstream media channels, a lot of the facts about Julie’s case were unclear. That’s why The NewsRun and lifestyle and culture blogger, Ushah Kazi, worked together to clarify as many details as we could. You can visit Ushah’s blog to learn more about Pakistan’s transgender community.

We reached out to Julie’s lawyer, Hassan Niazi, and asked him about the case. We also recapped whatever has already been published about Julie’s case.

A BREAKDOWN OF WHAT WE LEARNED

Background: Reportedly, on July 12th, a group attacked Julie’s friend Rosy at her residence. Julie, along with other activists, spoke out against this. A few day’s later, the same group behind the assault on Rosy allegedly retaliated by filing false charges against Julie and her friends.

The alleged incident: On July 16th, Lubna, another member of the trans community, accused Julie and three others of attacking her at her home, and taking her valuables. However, according to Niazi, Julie was at Bari Imam at the time, and was never at the Golra Shareef suburb, where the alleged incident against Lubna took place. In fact, Niazi claimed that Lubna was the one who led a group of trans people to attack Julie in her home on July 15th. Basically, the group responsible for attacking Julie allegedly filed a First Information Report (FIR) against her based on a fabricated case.

Julie’s arrest: On August 10th, Islamabad Police arrested Julie and kept her in Adiala Jail. According to Niazi, the initial police report stated that Julie was not a part of any violent act. However, she was still arrested.

Julie’s release: Julie was recently released on bail. In order to ensure her release, Niazi and his team applied for bail, met police officers, and pushed judges to not give an adjournment. “…I can’t disclose more details, but I do know that dirty games were being played to delay the bail hearing and then her release,” he said.

Julie’s celebrity status: In a video published after her arrest, Niazi claimed that Julie could have faced even more danger had she not been so popular. He stated that trans people who rebel are normally murdered by such groups, and there is hardly ever a conviction.

Next steps: In a recent video, Julie thanked everyone for their support, and encouraged them to speak out against injustice. Niazi also encouraged people to, “accept Julie as your leader in this cause, raise your voice with her, and stand by her.”